World Health Organization Geneva, 2004 – Abstracts from this report summarises the contents as follows: 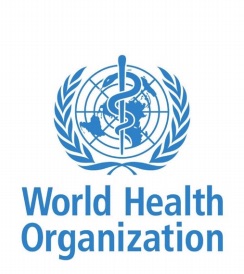 The composition of water varies widely with local geological conditions. Neither groundwater nor surface water has ever been chemically pure H2O, since water contains small amounts of gases, minerals and organic matter of natural origin. The total concentrations of substances dissolved in fresh water considered to be of good quality can be hundreds of mg/l.

Awareness of the importance of minerals and other beneficial constituents in drinking water has existed for thousands of years.

Demineralization of water was needed where the primary or the only abundant water source available was highly mineralized brackish water or sea water. Initially, these water treatment methods were not used elsewhere since they were technically exacting and costly.

Demineralized water is defined as water almost or completely free of dissolved minerals as a result of distillation, deionization, membrane filtration (reverse osmosis or Nano-filtration), electro dialysis or other technology. The total dissolved solids (TDS) in such water can vary but TDS could be as low as 1 mg/l. The electrical conductivity is generally less than 2 mS/m and may even be lower (<0.1 mS/m).

Although the technology had its beginnings in the 1960’s, demineralization was not widely used at that time. There were three evident reasons for this;

• Demineralised water is highly aggressive and if untreated, its distribution through pipes and storage tanks would not be possible. The aggressive water attacks the water distribution piping and leaches metals and other materials from the pipes and associated plumbing materials.
• Distilled water has poor taste characteristics.
• Preliminary evidence was available that some substances present in water could have beneficial effects on human health as well as adverse effects.

The final report on the guidelines for drinking water quality, by the World Health Organization (WHO) published in 1980, concluded that “not only does completely demineralised water (distillate) have unsatisfactory organoleptic properties, but it also has a definite adverse influence on the animal and human organism.”

It has been adequately demonstrated that consuming water of low mineral content has a negative effect on homeostasis mechanisms, compromising the mineral and water metabolism in the body. An increase in urine output (i.e., increased diuresis) is associated with an increase in excretion of major intra- and extracellular ions from the body fluids, their negative balance, and changes in body water levels and functional activity of some body water management dependent hormones and resulting in an overall negative balance if it is not adequately compensated from food, and lower volumes of red cells and some other haematocrit changes (WHO 1980).

The effects of water low in TDS (e.g. < 100 mg/l) on water and mineral homeostasis suggested that the osmotic change in the blood plasma results in the redistribution of body water; that is, there is an increase in the total extracellular fluid volume and the transfer of water from erythrocytes and interstitial fluid into the plasma and between intracellular and interstitial fluids.

The Society in its position paper explains that water in the human body always contains electrolytes (e.g. potassium and sodium) at certain concentrations controlled by the body. Water resorption by the intestinal epithelium is also enabled by sodium transport. If distilled water is ingested, the intestine has to add electrolytes to this water first, taking them from the body reserves.

Symptoms at the very beginning of this condition include tiredness, weakness and headache; more severe symptoms are muscular cramps and impaired heart rate.

Practically zero calcium and magnesium intake from low mineral water:
Calcium and magnesium are both essential elements. Calcium is a substantial component of bones and teeth. In addition, it plays a role in neuromuscular excitability (i.e., decreases, the proper function of the conducting myocardial system, heart and muscle contractility, intracellular information transmission and the coagulability of blood. Magnesium plays an important role as a co-factor and activator of more than 300 enzymatic reactions including glycolysis, ATP metabolism, transport of elements such as sodium, potassium, and calcium through membranes, synthesis of proteins and nucleic acids, neuromuscular excitability and muscle contraction.

Since the early 1960’s, epidemiological studies in many countries all over the world have reported that soft water (i.e., water low in calcium and magnesium) and water low in magnesium is associated with increased morbidity and mortality from cardiovascular disease (CVD).

High loss of calcium, magnesium and other essential elements in food prepared in low-mineral water:
When used for cooking, soft water was found to cause substantial losses of all essential elements from food (vegetables, meat, cereals). Such losses may reach up to 60 % for magnesium and calcium or even more for some other microelements (e.g., copper 66 %, manganese 70 %, cobalt 86 %).

Increased risk from toxic metals:
Low-mineralized water is unstable and therefore, highly aggressive to materials with which it comes into contact. Such water more readily absorbs metals and some organic substances from pipes, coatings, storage tanks and containers, hose lines and fittings, being incapable of forming low-absorbable complexes with some toxic substances and thus reducing their negative effects.

Conclusion:
Salts are leached from the body under the influence of drinking water with a low TDS. Because adverse effects such as altered water-salt balance were observed not only in completely desalinated water but also in water with TDS between 50 and 75 mg/l, the team that prepared the 1980 WHO report recommended that the minimum TDS in drinking water should be 100 mg/l. The team also recommended that the optimum TDS should be about 200-400 mg/l for chloridesulphate waters and 250-500 mg/l for bicarbonate waters.

Demineralised water that has not been re-mineralized, or low-mineral content water, in the light of the absence or substantial lack of essential minerals in it, is not considered ideal drinking water.

WHO Guidelines for drinking-water quality – By F. Kozisek